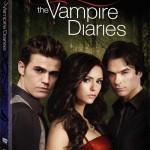 It started off slow and über cold, as I spent most of January & February hibernating on the couch under a blanket engrossed in season after season of Vampire Diaries.

It was difficult for me because I’m not a TV person.  I wish I could revive my body’s former ability to withstand the cold, so I could do constructive things (like metal detect), when the thermometer is reading  “WTF is going on outside” degrees, but even the lure of treasure and vision’s of beach gold does not help overcome my reluctance. Defeated I am.