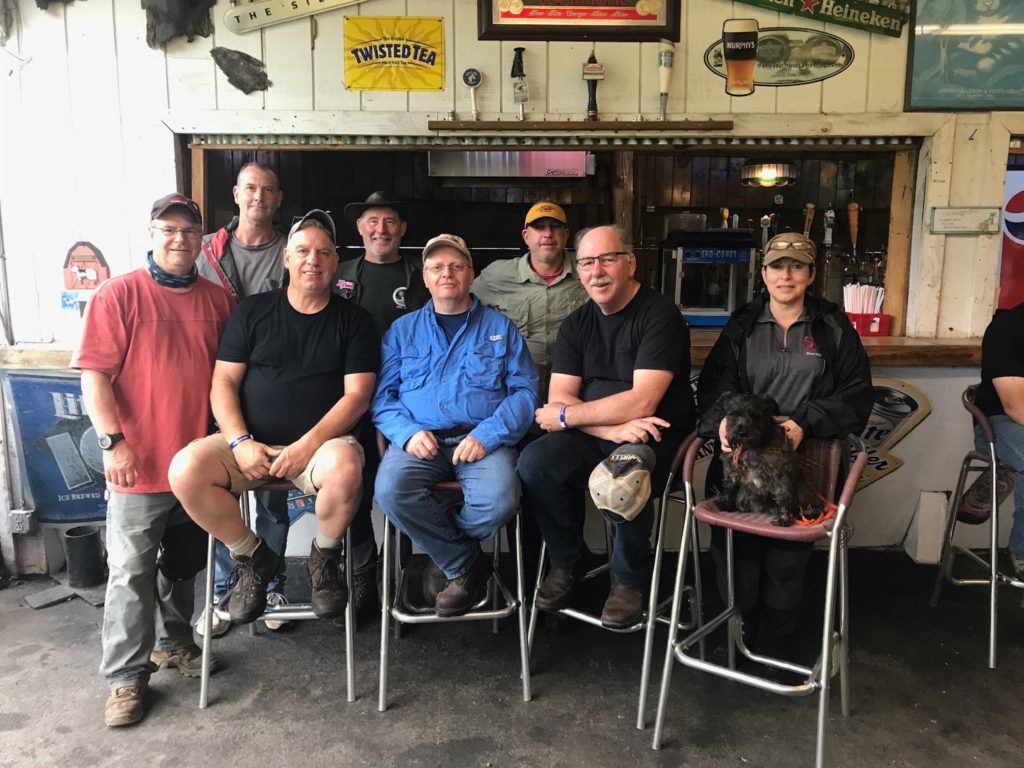 Once again, Blackthorne Resort in the Catskills hosted its annual Lost Treasure Weekend June 15th-17th, 2019, and once again, it was a great time.

And… there are only so many articles that I can write about the same hunt year after year. After a while, its just redundant, but I will give it a short recap, because there are a lot of people who will read this when deciding if they’re going to attend or not.

So if you’re debating whether or not to go, just go. Whether you know people or not, its a lot of fun, and if you don’t know anyone, you will by the time you leave. Folks are happy and friendly there—even the staff.

If you don’t like seeded hunts, go anyway. I’m not a fan of them myself, but the place has grown on me and now I actually look forward to them.

So what happens on this weekend hunt? Well, for starters, Friday morning is the natural hunt. A bus (or two) takes a whole bunch of detectorists and their gear all over the area to hunt different sites. Be forewarned though, you probably will not have a lot of time at each site, and depending on the size of the site, and the amount of people hunting it, you could end up with a lot of interference on your machine. This year, there were more people than ever before, so interference was a problem. Hopefully they’ll address this for next years hunt.

Now in the midst of all this hunting, there will be a stop for lunch. It’s never been at the same place more than once while I’ve attended, but there will be some random picnic pavilion in the middle of what seems like nowhere, where you will be served a catered lunch. It’s good too. Then back on the bus you’ll go to hunt another site of two, and then finally back to the Blackthorne you’ll go.

You will probably still be full from lunch while your on your way to their restaurant for dinner. They serve some pretty good food, and theres plenty of it. After dinner, when it gets dark, they do the night time seeded hunt. Its fun. Everyone runs around in the dark searching for tokens, and then they turn them in for prizes. After that, its up to you. Party at their nightclub/bar, party with your friends, or go to bed. No one will hold it against you if you want to sleep either, the rooms are included in the price, and its an easygoing atmosphere.

Saturday morning theres a big “to do” about breakfast—they always have good breakfasts. Sometimes its a buffet, or omelets made to order, or they take your order. Just go with the flow. After breakfast is the first seeded hunt of the day, then after that, a short reprieve and some type of barbecue lunch will be served.

If you can still walk after eating all the food, you could go out and find a private permission to hunt in between. Folks are pretty friendly around there, and it seems permissions come a lot easier. But make sure your back in time for the second seeded hunt, and dinner of course.

On Sunday there is the usual “to do” about breakfast, then the final seeded hunt of the weekend. They do the raffles on Sunday, and they raffle off some really good prizes. You’ll also have the opportunity to purchase any detecting supplies you need from one of the yearly vendors, and then, after the raffles its over.

Blackthorne gives you the option to stay Sunday night for free if you want. Some people take advantage of this and stay the extra day. I opt to go home, because its usually Father’s Day, and I want to make sure I get to spend some time with my Dad.

Fun, detecting, food and prizes—that’s kind of it in a nutshell. I always have a good time no matter what I find at the natural hunt, or how many tokens I find in the seeded hunts. It’s just a good time with good people. Hope to see you there next year.