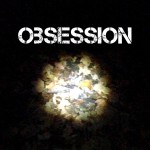 There are two different versions of Nighthawking that I’ve come the be familiar with; the American version, and the UK version:

The American version of Nighthawking is loosely defined as metal detecting in the evening or at night.

The UK version of Nighthawking is metal detecting at night, for the purpose of plundering sites of their precious archaeological artifacts, under the cover of darkness.

I’m bringing this up because a while back I wrote a post about one of my nighttime Nighthawking adventures, and John Winter (the UK Searcher Magazine) commented that it was an “unfortunate use of the word”, and that it had a “different connotation” in the UK.

So, unfortunately, while I’m over here describing my nighttime forays in the forests & farm fields, there are readers across the pond who’s mouths have probably dropped open thinking I’m out plundering these sites illegally in the dark.

Let me just say (for my UK readers) that in the US it is not illegal to nighthawk. Some clubs and venues here even put on night hunts, just to make the events more fun.

The US also does not have the history of the UK–we’re over here getting all excited about colonial coins and artifacts, and considering anything from the 1700’s ancient and cool as heck, while in England, it seems folks are accidentally digging up Viking hoards in farm fields every other week.

I live in the northeast, US (New England), so I’m referring to this area of the US, when I speak of nighttime hunting, but there are exceptions, such as not hunting on property you don’t have permission to hunt on (day or night), and if I lived in the Southern (Civil War) states, I would not detect at night, because I would likely be accused of plundering Civil War artifacts, which can be a problem in those areas.

I have also, on occasion nighthawked the beach, in order to catch that low tide on time, and spent the night seaside in the car, waiting out a storm, in order to hunt the fresh cuts left behind when the storm passes.

Of course I prefer to hunt in the normal daylight hours, but when Autumn arrives and the days get shorter, this crazy thing known as “Daylight Savings Time” interferes, and in addition to the days getting shorter, we lose another hour of daylight, and when it’s dark at 4pm, well that just sucks.

It’s not so much of a problem for folks who are retired, or don’t work, but for those who work until 4:00pm or later (I.e. most of us), it definitely puts a damper on any weekday hunting. So some of the harder core detectorists nighthawk the Fall and Winter away.

I hope this clarifies the term for some of those who think we’re out plundering in the dark over here. Maybe someday someone around here will find a Viking hoard (hopefully me), and then we would have to police and regulate such things, but for now, finding flat buttons and colonial coins by headlamp, to fuel the obsession in the dark and dreary months is what it’s all about.