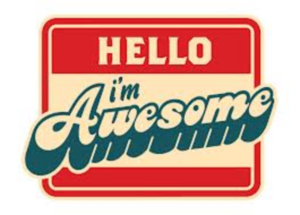 If you’re familiar with my somewhat “barbed” (as the Brits say), sense of humor, and ability to mix reality with a dash or two of sarcasm, you may enjoy this post. Mind you, I don’t place myself in either category.  Being an empath, I’m more of an observer.  Being hyper-sensitive to sensing other people’s motivations can be overwhelming, and somewhat frustrating, especially when it takes others months or even years to see through a facade it took me only minutes, or a few hunts with someone to realize.

So if I suddenly lose interest in detecting with someone, chances are (not always, but usually), that persons motives went from enjoying the hobby, to believing they are Saint Anthony’s gift to the detecting world.  I don’t have patience for that.

I just enjoy detecting, and writing about it. My motivations have always been fairly constant, and I prefer to surround myself with like minded people, who also enjoy the hobby, and who’s motivations remain consistent as well.  Sometimes I find stuff that I think is awesome, but it doesn’t make me think I’m awesome, it just makes me happy.

Okay, now I’m rambling… so, to get on with it, I’m going to start with the Truly Awesome Detectorist:

There are some folks in the hobby who are excellent hunters. Not all, but most, are long time, hard core & humble folks. Well outwardly humble at least. It’s fair to say though that they’re passionate about the hobby.  They don’t get hooked on the hype of the latest & greatest, and have an adequate arsenal of gear and the experience to know what works, and what doesn’t. They’re pretty set in their ways, and the machine(s) they use, as well as methodical in their research, and hunting patterns, because, well, as I said above, they know what works.

These folks are on social media, although usually in the background.  They don’t über post, or seldom post at all. They do however, leave upbeat comments, and congratulations to those whose finds they deem worthy of display. For example:  They may comment on your Fab-u-Trime, hammered, or Revolutionary War button, but don’t expect congratulations on your proudly posted oxen shoes, or Rosies. They won’t fault you for your excitement, they got excited over them once themselves, but they save the big kudos for the rarer finds.

If you see them at a group or club hunt, they will be chatting quietly within their little detecting circle, going over site strategy, and maps they brought from the days they spent researching the area and history beforehand. They may seem a little standoffish, or sometimes just down right unfriendly, but they’re not. They just don’t want you to ask questions about their research, because they aren’t going to share all their hard work with you—and may want to avoid the awkward silence that will follow the “So did you guys research this place or what?” question.

They don’t want you tagging along either, so don’t ask. Of course if you do ask, they may allow you to accompany them, but it will be a hesitant invitation, accompanied by covert glances towards each other.  These glances are a silent detecting language which, will either deny, or accept you admittance into the circle for the day.

If they do allow you to tag along, it’s probably more of a courtesy to a fellow detectorist, so don’t carry on like you’re the Ace number one hunter of the year. Practice the meaning of the word humble, keep your mouth shut, and pay attention.  You may learn something.

At the end of the day, these folks always seem to have a few awesome coins or relics in their pouches. They aren’t about quantity, it’s the quality of their finds that determines the wow factor. You may end the day at one of these hunts with 3 Mercs, some wheaties, an Indian Head, and a pocket full of flat buttons, thinking, wow, I’m so awesome.  Chances are though, that everyone in that circle ended their day with a few finds that could take your breath away.

They take their congratulations in stride, and while inside are happy for their finds, they also know that it wasn’t just a lucky day.  It was the combination of experience, skill, and research that contributed to their success.

They found what they were looking for, because they knew where, and how to search for those items. This is what separates the truly awesome from those who think they’re truly awesome.

Now onto those who think they’re truly awesome. I could have a field day with this… 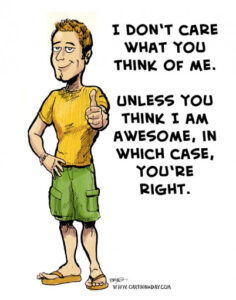 You know the type.  They think they’re all that. They carry around their recent finds, and show them to everyone. You can run, hide, play dead, whatever, it won’t help you escape the impending show & tell.  Even if you don’t know them, they will walk up to you while you’re detecting a site and say “Hey, how ya doing, find anything”? But unlike some people who really do want to know if you found something, they have an ulterior motive.  They are only asking you in the hopes you say “Nope, how about you”?  Thats their opportunity to whip out that handy little pocket showcase of all the stuff they’ve found recently, as saliva dribbles from the corners of their mouth in anticipation of your congratulations and admiration over their obviously awesome detecting skills.

You look around, but you’re in a field, there’s no escape. You’re stuck listening to them brag about how awesome they are. They are, after all, St. Anthony’s minions, and in an effort to imprint their awesomeness factor onto you, they’ll  invite you back to their truck later for your own personal viewing of the rest of the showcase.

This is your get away moment. Do not dawdle. Immediately tell them you’d love to see it all later, and will catch up with them. Satisfied, they will usually move on to their next victim, but now you’ve got to strategize on how to avoid this person at hunts end.

At a recent hunt, I happened upon one of these minions who had just found a reale. He was very excited, and I was also excited for him.  He stopped detecting, and walked around for an excessive amount of time showing everyone.  I naively thought maybe it was his first Reale and he must just be really happy over it. 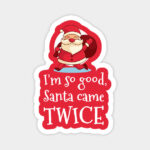 Later in the day, there was a seeded hunt.  The sun had come out, so I was now wearing sunglasses. Next to me at the hunt was Reale Guy. The hunt started, and I noticed he wasn’t really hunting. Concerned, I asked him if he was okay, and he said “Oh, I just feel like I’m too good, and it’s not fair to the others if I hunt.”  Oh boy—did this guy really just say that?  I tried to hold back, but my Jerk-dar (similar to radar) would not let me stifle a response. So I said “Wow, you must really think you’re all that!” to which he responded by whipping out his little pocket showcase Reale and said “DO YOU NOT KNOW WHAT I FOUND TODAY”? To which I responded “Yes, I was there when you found it”, and removed my sunglasses. He looked surprised, and a bit embarrassed as he said “Oh I didn’t recognize you”.  I said “Obviously”, as I quickly removed myself from his general area, because he was just way too awesome for me.

Another type who thinks they’re an awesome Detectorist is the Awesome opportunist.  They are the “I know everyone, I’m friends with so-and-so” type.  These are a breed all unto themselves, and another I lose patience with.

They are always fairly new to the hobby and try to get involved with everything and everyone as fast as possible. They scroll your social media “friends list”, and send out friend requests to everyone on it. Suddenly, every notification you receive has this new persons name on it, and you’re like wtf is happening here?  Your FB algorithm is now all askew, and the notifications you actually wanted to receive have been replaced by this Bozos pics of bottle caps, oxen shoes, and his detector leaning on things.

Being new to the hobby, their skills are usually at a beginner level, so in their quest to be perceived as awesome they “name drop” to the point where it gets annoying. My favorite is when they talk about being best buds with someone you have been friends with for years, but they are too new to the hobby to know this. You mention this person to your friend later, and they have no clue who you’re talking about. Classic.

What these types do not know is that Detectorists don’t just detect, they talk too.  We can be a somewhat wary bunch, and new inductees into our world are sometimes treated with caution. I’ve had a few conversations, and received a few texts from others in the past, warning me of someone’s intentions, or habit of stealing sites. I’ve been thankful for the tip, and returned the favor several times.

One of these types invited me to an out of state hunt. I didn’t know him very well, but figured there was no harm in going. There was a group local to the area who put on hunts and gave the proceeds to charity. I thought it was a fabulous idea, and was thinking of writing an article about it.  Then the awesome opportunist got in the way. A few days later I received an email inquiring about the article from a publisher. It seems this guy went behind my back, emailed the publisher, told him that he was my friend and that I was doing a huge write up on this group. So naturally the publisher asked me when I was going to submit it.

I was livid, to say the least. This crossed all my boundaries. If I’m going to freelance an article, I will freelance it and submit it. If a publisher likes it, he prints it. I hadn’t even decided if I had enough information to write the article yet, and for whatever personal gain this guy was trying to achieve, (i.e. me putting his name in the article), he had committed me to it.

I should have confronted the person, but I sensed his motivations, nixed the article, and decided to maintain a healthy distance going forward.

Unfortunate, but thankfully I’m passionate about the hobby, and even though I’ve met a few of the less desirables over the years, it won’t stop me from helping future acquaintances and newbies get more involved in it. The thrill of watching someone get hooked on the hobby far outweighs the few egos I’ve met along the way—Awesome or not.

For more on Opportunists, check out my number one, most read post every year, for the past  7 years ‘’Detecting and Opportunists, Beware the Taker”.

Comments (16) on “The Awesome Detectorist”