It’s been a while since I’ve been doing regular posts on my blog.  The reason is simply hibernation.  Since Christmas I have been out detecting exactly 4 days–the three days following Christmas, while the ground was still unfrozen and the weather was mild, and then one brave outing to the beach in January.

On the beach outing, I actually called it an early day, (hard to believe, I know), but it was too darn cold for me.  I just wanted to go home, sit on the couch where its warm, and watch Vampire Diaries until Spring arrived.

I don’t know why I have this sudden aversion to the cold. It was only a few years ago that I was out combing the beaches in 5 degree weather.

Things have changed.  If someone called me right now, as the thermometer reads 5 degrees, and invited me to the best beach on the east coast, I would say “No way-what’s wrong with you?  Don’t you know its cold outside”?!!!

But, while I’ve been sitting around, annoyed at not be able to detect, and finally getting bored with Netflix and its endless seasons of Vampire Diaries, I’ve been writing a bit while awaiting the thaw.  So, enjoy and keep warm. 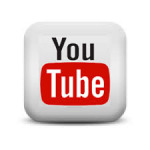 I noticed a trend recently with folks asking me
“What’s your YouTube channel?”

I’m not against YouTube, it has its place. Lately it seems to be standard practice for most people who detect, to also produce and star in their own hunt videos, which they then post on YouTube, for the metal detecting masses viewing pleasure.

I watched them for a while, but then I found better things to do…like go detecting.

I must be old school since I lack the need to document every target I dig.  I can’t imagine hunting all day, hoping my finds will be video worthy enough to post to the world–Heck, I haven’t gotten around to updating the finds section of my website yet, where would I find the time to film, edit and post videos of my hunts?

My Narration:  Here we are at the site of an old colonial settlement that my buddy Jeb and I have been researching.  We’ve just come upon this old cellar hole, that I estimate to be from the 1780’s, or earlier.  We finally found the time to get out here, and the adrenaline is pumping (pan camera around site to build excitement in the viewer, focus on Jeb in the distance swinging his machine, then slowly pan back stopping directly at the cellar hole scanning its crumbling rock walls for effect).

I would then dig 12 pieces of junk, but you wouldn’t see all that, because I would edit that part out.

Back to Narration:  Well, we’ve been here about a half hour now (zoom camera in on Jeb digging), and so far, nothing spectacular.   I would then begin swinging, directing the camera toward my coil, making sure to catch each swing on camera for at least three full minutes.  This will, no doubt, build suspense in the viewer.

After my exaggerated coil pinpointing, I would dig out an over-sized clod of muck, and in the process make sure to grunt and breathe loudly for the viewers.   As the excitement built, I would pull out my pinpointer for the next stage of recovery, run the pinpointer through the divot of muck, and when I realize the target is still in the hole, say bad words, but edit them out later.

Back to the hole with my pinpointer, Beep, beep, beep, annoying beeping and rummaging around until the target is found.  After some more digging, the drum roll will sound (because I would edit that in)–and finally, I reach in and grasp the target–Ha! It’s an oxen shoe—aren’t you glad you tuned in?

All this would of course be followed by a lot of censored swearing, and as I continued on with the filming, you would see the recovery of the obligatory spoon, followed by shotgun shells, WTF-izits, and leave-a-rites, (as in-I’m gonna leave it right there).

I’m going to assume you would be privy to all those “treasures”, because knowing myself, while reviewing the film, I probably got tired of editing.

At the end of the video, circus music would play as I panned over all my finds.  Cleverly added text would appear, describing the cool shoe buckle, coppers, flat buttons, half reale, and colonial silver brooch I discovered immediately after I stopped filming the finding of worthless pieces of junk.  Go figure.

Then, as the self promoting credits began to scroll, and the circus music faded, you would have a moment to reflect, and be thankful that I do not actually have a YouTube channel…

For those of you who hunt in New York City Parks, the 2015 permit applications are now available.  Click on the link below to get your application:

I received my annual 2014 end of the year email full of site statistics from Word Press, the company that hosts my blog.

And yes, I realize its February–almost March and I should have posted this a month ago, but whatever…

The email had the usual blog stats; number of visitors, links clicked, most read posts, etc…  Way too much information for the average person, and I suppose if I used this information properly, I could perfectly tailor my blog to the metal detecting masses.

I do find the information interesting, and care what posts are popular, but I don’t consider blogging a popularity contest.  Metal detecting is something I’m passionate about, so I write about it, try to be entertaining and informative, and hope occasionally my attempts at humor give someone a chuckle.  Why let blog stats take the fun out of it all?

But stats are stats, and it is what it is, so here are the results…

My most popular, most read story of 2014 was “Don’t Drive a Volkswagen if you Metal Detect (or Not)”, and it could have been the catchy title that got it so many views—but  I prefer to think it was the result of dissatisfied VW owners frantic google searches to validate their anger.  Well, it makes me feel better to think that way anyway; and if I were VW, I might want to pay attention to a metal detecting blog who’s most highly read post for the year was a negative article featuring their product.  Just sayin’.

There was no happy ending to the VW saga.  I paid $6k for a new engine, and I didn’t have my car for months.  And yes, I tried EVERYTHING.  I didn’t give up easily, but VW didn’t care that their engines suck, and they won’t care until there’s another class action suit filed about their sucky engines.

I might be swayed toward some type of future forgiveness toward VW if, for example, the company were to team up with Minelab in a clever advertising campaign; marketing their vehicles to adventure seeking treasure hunters and giving away, say, a CTX3030 to everyone who purchases a new Volkswagen? But they’d probably do better by standing by their product, and extending their crappy power train warrantee.

So now that I’ve spouted off about VW, I found it interesting that my second most popular, most read post of 2014 was actually a post from 2013, entitled “Detecting and Opportunists-Beware the Taker”.

I was surprised such an old post would have so many hits, but then again, with so many opportunists in the hobby, I’m not so sure why I was so surprised.

Opportunist, I am not.  I mean, I don’t date my boyfriend because he lives in an extremely historic neighborhood, on property that used to be a farm, and surrounded on all sides by homes from the 1700’s, with lots of area to hunt, providing a seemingly never ending supply of old coins and relics—or do I?

He likes to joke that once the property is hunted out, I’ll leave him.  My response to that is that no place is ever hunted out (great response).  Besides, if the pickings get slim, he’s got neighbors.  I should publicly add here that I’m just joking.

Anyway, truth be told, there are many opportunists in the hobby, but as they say, “Once bitten, twice shy”.  I’m not as eager as I once was to share my sites and knowledge, and now keep a small, close circle of metal detecting buddies, whom I know I can trust.

2014 is over, but I’m sure my blog stats will surprise me again next year, and hopefully with more uplifting or positive posts coming in on top.

So, here’s to 2015, I wish you all a quick transition into warmer weather, and a Happy Hunting season! 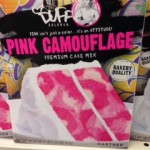 My son asked me what I wanted for my birthday.  I responded that I wanted a pink “Camo Cake”, and showed him photos I had taken of the cake mix box in the local grocery store.  I took the photos, mostly because I could not believe such an item existed, and thought it was pretty darn cool.

Anyway, I didn’t think I would actually get the cake, and considered it to be an afterthought in my son’s mind, but whadda ya know–he showed up on my birthday, camo cake in hand.

He said the cake was a joint effort by both him and his wife, and that it was a bit more difficult to make than the directions on the box indicated–Seems there was some trouble getting the colors to mix in a camouflagy sort of way.

There was also a pink colored spray designed to use with the cake, which was not very spray-tastic, and there was more pink in and around their kitchen than on the cake.

The effort was totally appreciated by me, and I didn’t care if it looked cake box camouflagy or not.  It was pink (bonus), made with love, and delicious!

I was thrilled to have gotten my birthday wish, but the text I received from my son a few weeks later is self explanatory.

I don’t think I will be making or having this cake in the future, but good luck to you if decide to make one for yourself, and be sure to let me know how it came out–and please send photos.